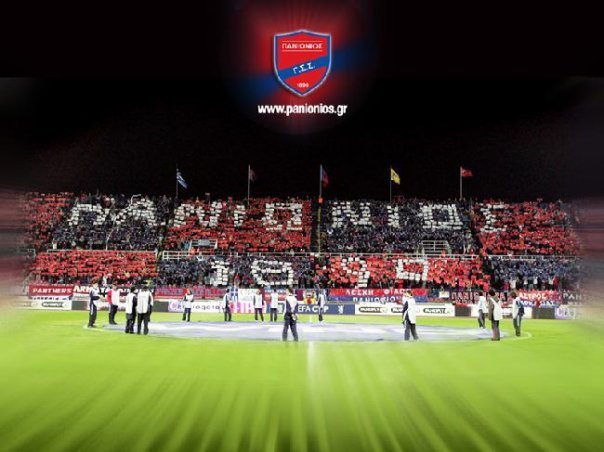 GREECE
Police clash with protesters amid Greek austerity strike
MITTWOCH, 15. DEZEMBER 2010, 09:58 UHR
Streiks legen Griechenland lahm
Athen – Massive Streiks gegen den Sparkurs der Regierung in Athen haben am Mittwoch weite Teile Griechenlands lahmgelegt. Zahlreiche Flüge fielen aus, Fähren bleiben in den Häfen, auch Busse und Bahnen sowie die Schulen wurden bestreikt. Die Proteste richten sich gegen die sozialistische Regierung, die im Kampf gegen die massive Staatsverschuldung auch auf Druck der Europäischen Union harte Einschnitte beschlossen hat. Um die Mittagszeit sind mehrere Demonstrationen im Zentrum Athens und in anderen Städten geplant. Die Polizei zog aus Angst vor Krawallen starke Einheiten vor allem in der Hauptstadt zusammen. Im Mai waren bei schweren Ausschreitungen in Athen drei Menschen ums Leben gekommen. Autonome Gruppierungen mischen sich immer wieder unter die Demonstranten und lösen Krawalle aus. 15 December 2010 Last updated at 20:37 GMT
Greek strikers clash with police
A Greek former minister is attacked by protesters who clashed with police during a general strike against austerity measures. Violence erupts in latest Greek strike Violent protests as Greeks strike over austerity cuts
By the CNN Wire Staff
STORY HIGHLIGHTS
The unions are angry about wage cuts and changes in labor laws
The measures are required under the terms of a May bailout
Hospitals, airlines, courts, and banks are all affected by the strike
Athens, Greece (CNN) -- Huge crowds of protesters, upset about stringent Greek economic reforms, marched past the Greek Parliament in Athens Wednesday as police in white helmets tried to keep them from getting any closer.
The protest march entered Syntagma Square, which lies between the Parliament and Finance Ministry, and then left again just after midday.
Most of the marchers were peaceful, but a small number of violent protesters threw Molotov cocktails that burned two cars outside the upscale King George Palace hotel, which sits on one corner of the square. Police responded with stun grenades and tear gas, and the entire exchange left the square filled with smoke and an acrid smell.
The violent protesters left a trail of burning waste bins and lots of garbage and debris that they had thrown at police. At least one small fire burned briefly about a block away from the square.
Athens police dodge protest fire bombs
RELATED TOPICS
Greece
After the marchers moved through, however, the tension was mostly over. Police still formed a line around the front of Parliament, but there was no traffic and only small groups of people milled around the square.
Wednesday is the climax of a week full of strikes by the country's unions against changes in labor laws and the introduction of wage cuts.
The new fiscal measures are required under the conditions of the massive bailout Greece received from the International Monetary Fund and European Union in May. The three-year, 110-billion-euro package saved Greece from financial default.
The country's two largest umbrella unions, the GSEE and ADEDY, which represent both the public and private sector, are behind the day of protests, according to Greece's Athens News Agency (ANA).
Public transportation, which came to a standstill in Athens on Tuesday because of a strike by mass transit employees, was expected to run a limited service Wednesday in order to ferry people to and from the protests, ANA reported.
There were no flights all day Wednesday at Athens International Airport, authorities there announced.
Wednesday's strike was also expected to affect state hospitals and health services, airlines, coastal shipping, courts, banks, as well as national and suburban trains, ANA reported. Taxi drivers also called a four-hour work stoppage in the middle of the day.
There will also be a news blackout Wednesday because of a 24-hour strike called by journalists' unions, ANA said. The unions have also called a 48-hour strike for Friday and Saturday.
The ADEDY union says its main demand is for the government to recall the "socially unjust government-imposed measures leading workers and pensioners to poverty and misery."
The financial measures were enacted by the "IMF-EU-ECB troika, the government, and the financially strong," the union said, referring also to the European Central Bank.
"Employees must put an end to the blackmail conditions imposed by speculators," the union said in a statement. "It is 'those in the know' and the rich that must pay for the crisis."
Parliament adopted a law Tuesday diminishing the power of collective labor agreements, making it easier for employers to fire people. It also says hundreds of thousands of employees in the civil sector will be getting a pay cut of 10%.
The new round of austerity measures focuses on structural reforms, particularly in the public sector, which employs more than 20% of the Greek labor force.
Demonstrations are set to continue throughout the week.
The 2011 budget, scheduled to be voted on in parliament on December 22, foresees the deficit declining from 9.4% of GDP to 7.4%. Many of the cuts are focused on the public sector, including public enterprises such as the railways and other forms of public transportation.
Members of the militant left-wing PAME union were also on strike Wednesday. In a statement, they vowed "no sacrifice for the plutocracy" and said the problems facing the Greek economy were not created by the people, but by "greedy capitalists."
"We strike because the EU, the International Monetary Fund, the government lead us to poverty, unemployment; they continuously load us with new burdens," PAME said. "They abolish the collective agreements; they further reduce our salaries and day-wages."
Journalists Elinda Labropoulou and John Psaropoulos contributed to this report.
Αναρτήθηκε από Miltos@Chios στις 10:45:00 μ.μ.

From all around the globe 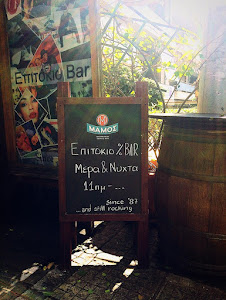 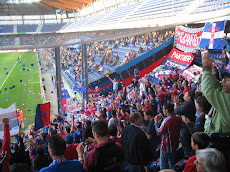 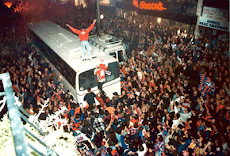 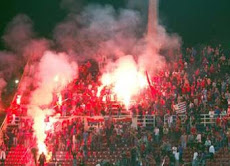 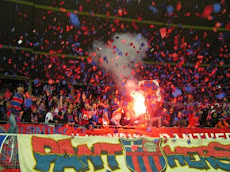 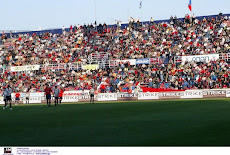 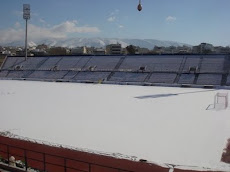 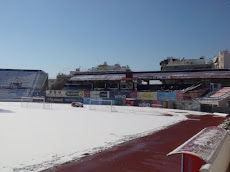 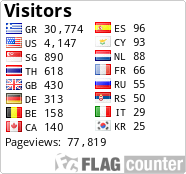 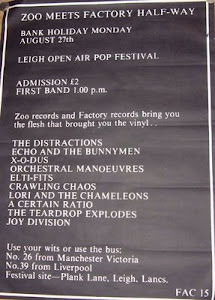 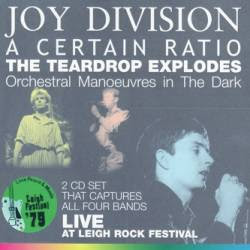 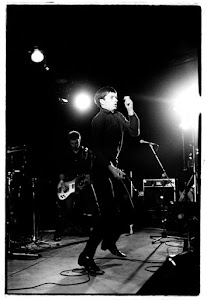 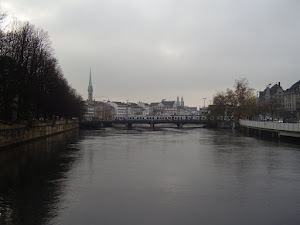 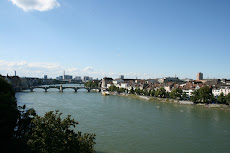 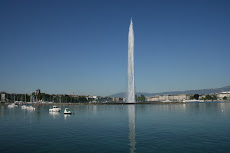 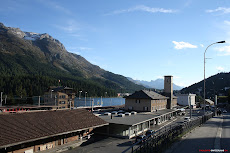 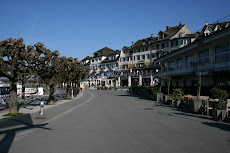 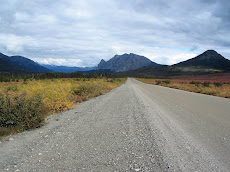 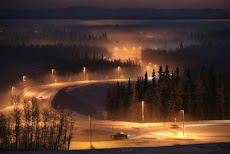 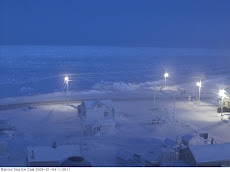 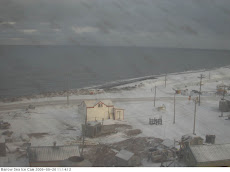 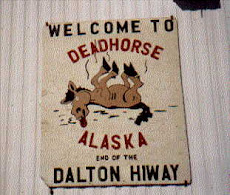 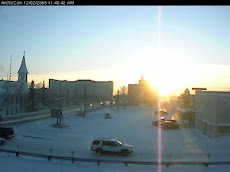 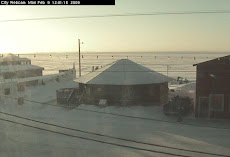 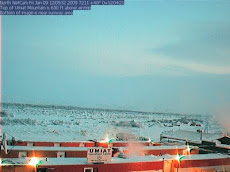 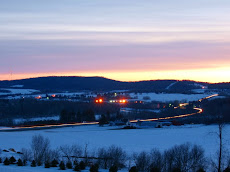 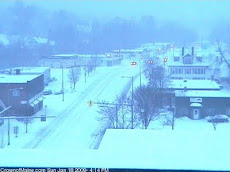